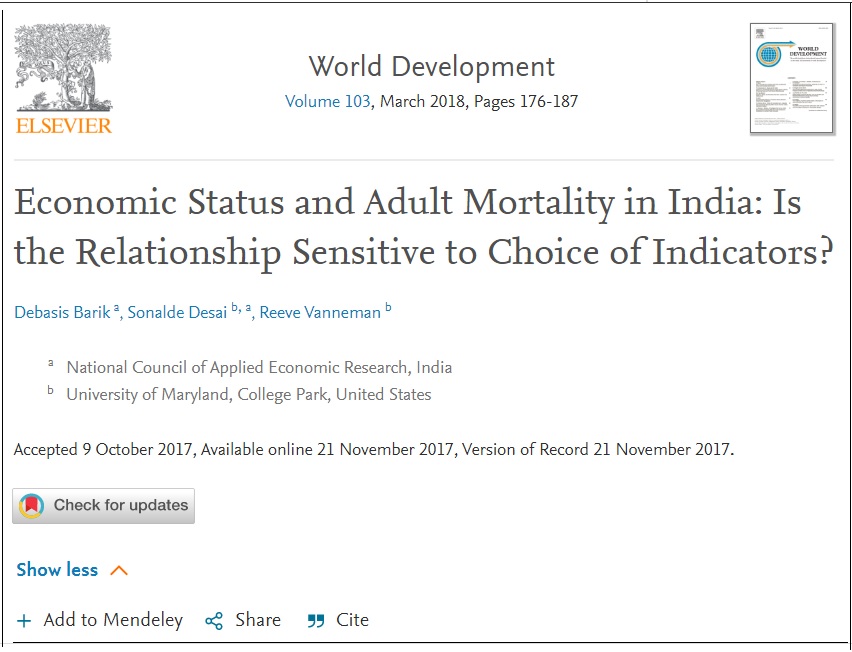 Economic Status and Adult Mortality in India: Is the Relationship Sensitive to Choice of Indicators?