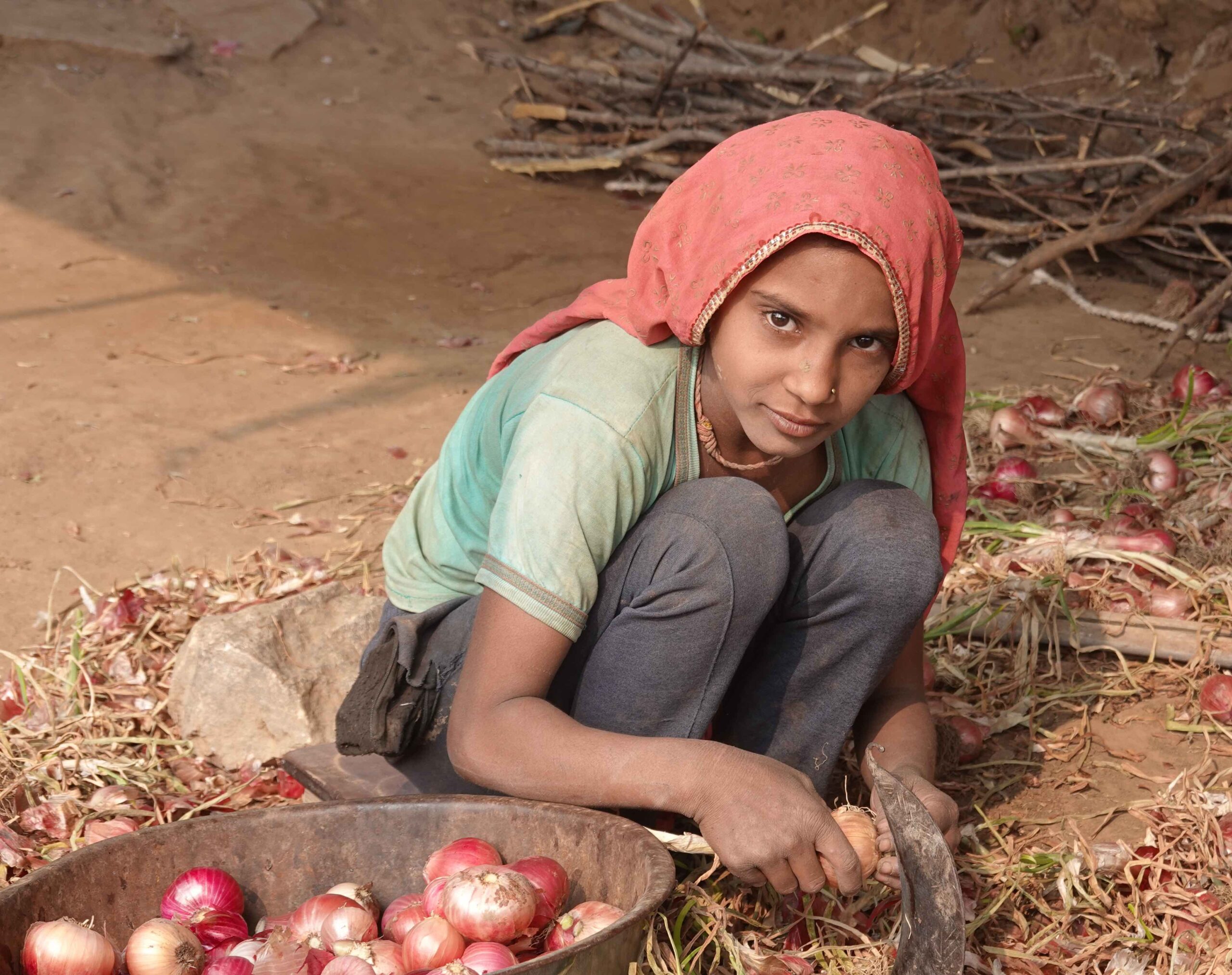 As a Gujarati, onions are only a minor ingredient in my diet. Hence, I have always found it a bit amusing that newspaper articles on inflation often obsess over the price of onions. I used to joke that this fixation with onion prices reflects the Delhi dominance of our economic thinking. After my fieldwork, pilot testing IHDS-3 questionnaire in Alwar, I will have to stop my onion jokes.

Sharma and Singh (2019), in their article calculating the cost of cultivation of onions, note, “[onion crop]  brings cheers to traders, fear to farmers and tears to consumers.” I should have read this article before landing in Alwar district villages to pretest the IHDS-3 survey instruments. Almost all the farms we visited had the same tale of woe. “Untimely rain has ruined my crops. I don’t know how I am going to recoup my investment.”

Interviewing farmers to get data on input costs and selling prices was mindboggling. Input costs and labor demands are incredibly high.  Onion seeds and the cost of fertilizers and pesticides loomed large in our accounting ledger. But casual observation suggests that the tremendous burden of family labor may dominate the hidden costs of onion production.  Women and girls were busy digging up onions and separating onions from stems to prepare them for sale in every field and household. These costs are offset by high produce prices in normal years and the cost of onion cultivations studies focus on average returns to suggest that onion is one of the more profitable crops. However, much of the onion farming is done by small farmers with relatively low levels of savings whose ability to weather losses due to crop failure is limited.

Access to crop insurance seemed almost nonexistent in our study area. Several respondents articulated demand for the inclusion of onions under the minimum support price (MSP) regimen to ensure that they are not exploited by the intermediaries who buy their onions at Rs. 10/kg while the same crop is sold at Rs. 40/kg in Delhi streets. A report by the Competition Commission of India highlights a range of practices involving collusion between commission agents who purchase onions from farmers and sell to wholesalers that ultimately lower farmer incomes. Farmers seemed to feel that they would rather rely on the government’s goodwill to procure and resell onions instead of commission agents to market their produce.

I found this discussion illuminating in the context of the recent debacle of farm laws designed to introduce competition in crops that are already covered by the Minimum Support Prices (MSP). The green revolution inspired regime of MSP was intended to ensure that crop prices remain stable and are not driven down by increasing productivity. As a result, the government announced procurement prices at the start of the agricultural season for a range of crops, purchased them at these advertised prices, and then sold or supplied them through public distribution systems. While this system was not designed to replace market-based trading, government procurement dominated trading in covered commodities. Efforts at weakening this system and introducing competition brought about massive protests from farmers in Haryana, Punjab, and Western Uttar Pradesh and have been abandoned.

Listening to onion farmers whose crop is not covered under the MSP regime, I began to get a glimmer of the fear besetting these protesting farmers. Innocent introduction of market-based trading while keeping government procurement alive, proposed in the new farm laws, might have far from harmless consequences for farmers. It may be the wedge that is needed to weaken the government procurement system and may result in increased dominance of market-based procurement. Onion farmers are poster children for the vulnerability of small farmers left at the mercy of commission agents since they cannot store onions and are forced to sell their produce immediately post-harvest at whatever price they can get.

Given the inefficiencies already documented in the government procurement system, it seems unlikely that it will be expanded to include other commodities such as onions but investing in storage and encouraging cooperative marketing may be one way of ensuring higher income for farmers that would allow them to increase their savings and tide them over inevitable crop failures.